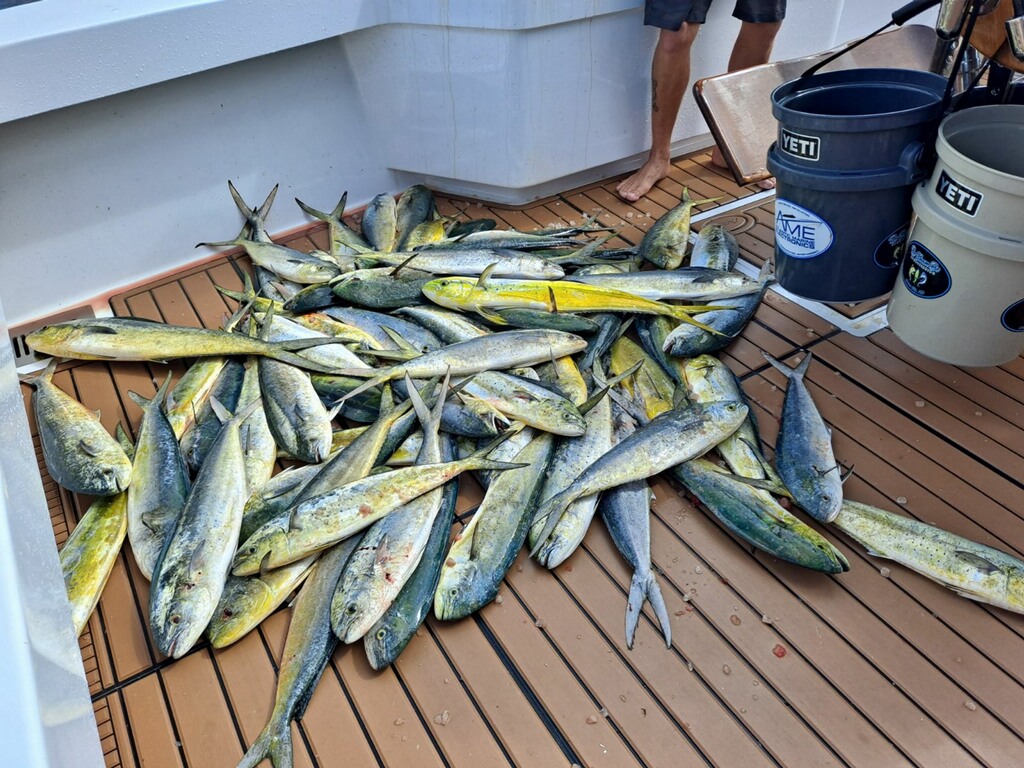 The Boat is a 2019 Terry Guthrie Hull that was finished by Bluewater Yacht Sales.  It is Powered by twin MAN 1550's with a cruising speed of 35 knots.  It has two Seakeeper gyros installed to eliminate up to 95% of boat roll and keep everyone smiling.  It is equipped with state of the art electronics including the Furuno Omni Sonar, Garmin navigation,  Garmin radar, and Garmin Fish Finder so we have the best ability to locate the fish.  We only use the best tackle, we have all custom rods built by Connley Rods, and they are topped with all Shimano reels.

Growing up on the eastern shore of Maryland in Ocean City, I was fortunate my family and I lived on the water, so boating and fishing became my passion at an early age.  I was taken offshore fishing when I was 8 years old and at that point I believe saltwater started to run through my veins.  I started my first job on a fishing boat in 1993 as a mate and now I have been in the sportfishing industry for over 25 years and my passion today is just as strong as when I was 8 years old going offshore for the first time. I'm a very competitive fisherman, I always fish every day like it's my last day to fish.

2008 Sharker of the Year Award

I was born into a fishing family on the Chesapeake Bay spending the first part of my life in Shadyside, Maryland.  My family moved to Ocean City, Maryland when I was 10 years old.  I started tuna fishing with my father and grandfather out of Ocean City at the age of 8.  I graduated from Stephen Decatur High School in 2012.  After high school I served 5 years in the United States Marine Corps, after which I started my professional fishing career.  I am also a firefighter for the city of Ocean City.  I have fished the east coast of the United States from Key West to Cape Cod, and as far east as the Abacos in the Bahamas.